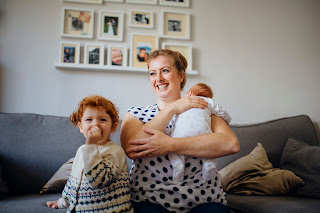 We are setting up a membership club to aim to do this for people we don't see. To make sure it is exactly right, we would really appreciate your help.

Please see the survey for the parent hub by clicking here


Thank you very much!

Labels: how to help my child, parent support, slcn

The Royal College of speech and language therapists commissioned a cost-saving matrix to help services demonstrate the value of SLTs to national and local decision makers, while at the same time showing evidence of efficiency and value for money. All public services, and the professionals who deliver them, are under increased financial scrutiny and the pressure which ensues. As you no doubt know, there is more pressure than ever before to show how taxpayer funded services are cost-effective and how they meet local and national priorities.

The language unit at Flash Ley in Stafford has been a great example of specialist provision for children who are bright but have disordered speech and/or language skills. Specialist teachers and speech and language therapists have worked together to maximise the child's potential and they then return to mainstream school to be with their peers when they are more able to cope. I know several who have been. I met them when they were in nursery and knew they'd find it hard to cope in mainstream schools but they had normal learning ability so a generic special school would not be the answer.


Flash Ley had teachers who were more qualified and experienced in SLCN plus enhanced input from specialist SLTs. Working together gives the best way forwards.

Having worked for 30 years, I witnessed the first language units and the fights to have more. We knew then, as we know now, they are the answer for many children with disordered speech and language.

When I first worked, my NHS head of department was a lady whose views were never questioned. Partly because counsellors or managers daren't but also because she was the professional so she knew best. That's a long-gone scenario and, I for one, would never have managed a typical Judith Waterman peer over her glasses, half as well as she did. It said 'stupid man' without need for words!

There are 2 reasons why closing language units are not a good idea:

1. It's not good for the long term outcome of the children. These children have great potential.

2. The savings are only short term. For every £1 invested in enhanced speech and language therapy for children with SLI generates £6.43 through increased lifetime earnings.

This is in comparison to routine speech and language therapy, where enhanced therapy results in an additional 5,500 students achieving five or more GCSEs A* - C (or equivalent).


The resulting benefit of providing enhanced therapy for all children aged six to 10 who currently have SLI exceeds the cost of the speech and language therapy by £741.8 million.

What will the provision look like for the children who should go to a language unit? It maybe a half-termly visit from  a SLT to school with extra TA support. This is not what the evidence say works best: the children who require the most specialist teaching are in the charge of the least qualified members of staff (absolutely no disrespect to the TAs but that's the fact).

As an independent SLT, whose team can offer weekly or more regularly, I'm not complaining as we can offer what they need BUT it's short sighted. Let's hope the other language unit in Staffs is more successful at fighting it.

Last time, I talked about a common scenario for secondary school, this time I will share a common primary school one.

Boy, L, aged 9 is knocked over by another boy who was playing football, 'Sorry!' he shouts as he runs off. L is very angry as he had bumped into someone last week and had been told off and had to stand by the teacher. He had been messing about and had been 'an accident waiting to happen' according to the teacher. So he duly reports the other boy to the teacher on duty. 'I saw L, it was an accident, don't worry about it,' she responds.

L has quite a black and white view of life and doesn't really see the difference. His vocabulary isn't great so the term 'accident' had been used last week and again today so what is different?

He's irritated so argues with the teacher, 'But he did it, it wasn't an accident'. The teacher is calm for a short while but then equally irritated (she's probably got so much to do, she'd rather not be doing a duty anyway).

He's angry now so shouts at the teacher as he would his mum (he doesn't know those pragmatic rules where he should be modifying his language to his teacher). The teacher is now furious and sends him to the headteacher.

L still doesn't see that he should not argue/be respectful so yells at the headteacher. He is now so upset by the sheer injustice of the situation and can't hear any reason whatsoever,

L is excluded for the rest of the week!

If they could understand that he has:

If the school set up was communication friendly and staff knew about these difficulties it would make their life and poor L's life so much easier.

Speech and language therapists have a valuable role to play in assessing child with behaviour difficulties. All behavior is communication, it's telling us something. There's no point in working on the symptoms i.e. rudeness, shouting at teacher etc, we need to understand the cause because then we can address it.

Unfortunately, there are may Ls out there but it upsets me every time!