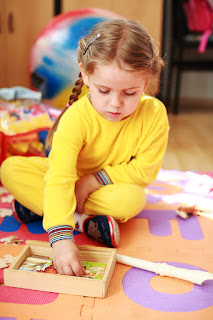 A new study confirms what we already knew. A communication problem of any kind will lead to children having problems fitting in and making progress at school.


The study, based on tracking thousands of Australian children, has prompted a call for speech impairment in early childhood to be taken as seriously as problems such as hearing loss, asthma and attention deficit hyperactivity disorder.
A senior lecturer in speech pathology at Charles Sturt University, Jane McCormack, said 20 per cent to 25 per cent of pre-school-aged children experienced language and speech problems, putting them at higher risk of later problems at school and socially.
Advertisement: Story continues below
''Communication impairment is highly prevalent but the children who experience it are not receiving the support they need as a result of inconsistent policies and the lack of services,'' Dr McCormack said.
The study tracked 4329 children from the age of four or five until they were eight or nine.
It found children identified as having speech problems in the year before they started school were significantly more likely than their peers with no history of speech difficulties to be doing worse in a range of areas at age eight or nine.
They were at higher risk of problems with literacy and maths and less attentive and eager to learn. Teachers and parents were more likely to rate the children as less competent in school achievement.
These findings are similar to British research which shows that a child's progress at 4 may be a determiner of future success or failure. This is exactly why I started the Smart talkers Pre-School communication groups.


www.smarttalkers.org.uk
Posted by Libby Hill at 15:39