Will mainstreaming my child improve their social skills? 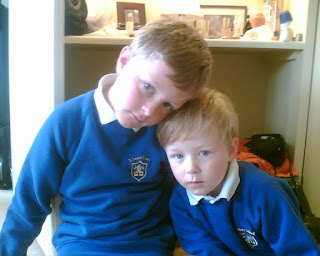 Studies at the University of Washington compare  the peer relations of preschool children with communication disorders to those of normally developing preschoolers and throw light on this complicated aspect. Surely if there are better role models to follow, this will help our language impaired children?
Children with communication disorders do not generally participate in group play as much as their peers and their social bids do not receive positive responses. They are the “less preferred” playmates and have fewer reciprocal friendships. These children also tend to interact more with adults than peers.
The study divided children into 12 play groups, each with 6 members. 6 of the groups were specialized groups, where 3 of them had only children with diagnosed communication disorders and 3 had only normally developing children. The other 6 groups were mainstreamed environments where 4 normally developing children were grouped with 2 children with communication disorders. The groups met for 2.5 hours per day, 5 days a week, for 2 weeks. They were involved in preschool-like programs which included circle time, music, art, snack, story and 30 minutes of free play. During free play the children were monitored based on the type of play they engaged in- solitary, parallel or group. They were also analyzed based on the different measures of cognitive play-
Children not engaging in play were identified as being:
The study looked at the different types of social behaviors that these children engaged in:
Lastly, the children had to rate their peers based on who they would most rather play with.
There were some commonalities between the findings in the groups, but it was noted that children with communication disorders are involved less in active conversations, spend more time transitioning, have fewer positive social behaviors and are less successful in gaining the attention and support of their peers. However, it was also noted that most of the children could be defined as “socially competent” which implies that those with communication disorders could adapt to different interactions, at least in the short term. It was hypothesized that the children with communication disorders placed in mainstream groups would have different reactions than those in the specialized groups. However, that was not the case. Both groups had similar rates of social interactions and this was explained by the variability among those with communication disorders. In the specialized groups, the children with the strongest social skills took the role of facilitating group involvement. The setting did not matter.
This study is important to our understanding of Communication Disorders because it disproves the idea that mainstreaming these students will help to increase the quality of their social interactions. Rather, it was important to note that the children with the weakest social skills will more often than not were at the periphery of group activity, regardless of their environment. Therefore, educators must understand that there needs to be a better solution than merely mainstreaming the students.
Guralnick, Michael J., Robert T. O’Connor, Mary A. Hammond, John M. Gottman, and Kelly Kinnish. (1996). The Peer Relations of Preschool Children with Communication Disorders.
Posted by Libby Hill at 10:27