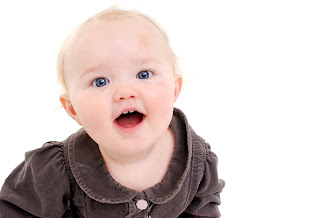 This week a group of American Paedatricians warned that passive TV viewing could slow development in children under 2 years of age.
When I do home visits, I almost always have to request that the TV is turned off. Unfortunately, as with most homes these days, it is like some resident big brother consuming a whole wall of the living room, dominating the vicinity with its looming presence. It used to be the norm that parents would apologise and immediately turn it off but NOW they usually just turn it down. This is true of all sectors of society.

At a recent exhibition I attended, parents were discussing the brilliance of TV for babies but according to the study, these have the same effect.
Instead of allowing infants to watch videos or screens, parents should talk to them and encourage independent play, said the first guidelines issued in more than a decade by the American Academy of Pediatrics (AAP).
The advice is the same as that issued in 1999 by United States' largest association of pediatricians, but this time it also warns parents of how their own screen-watching habits may delay their children's ability to talk.
"This updated policy statement provides further evidence that media - both foreground and background - have potentially negative effects and no known positive effects for children younger than two years," it said. "Thus the AAP reaffirms its recommendation to discourage media use in this age group."
What about interactive videos?
The latest guidelines do not refer to interactive play such as video games on smartphones or other devices, but to media watched passively on any kind of screen, be it phone, computer, television or other.
Texas-based pediatrician Ari Brown said the update was needed because of the explosion of baby DVDs targeting the 0-2 age group, and because as many as 90% of parents acknowledge that their infants watch some sort of electronic media.
"Clearly, no one is listening to this message," she said. "In this ubiquitous screen world, I think we need to find a way to manage it, and make it a healthy media diet."
The AAP urges pediatricians to discuss media use with new parents, and says adults should be aware of how distracted they become when the television is on.
"I like to call it secondhand TV," said Brown, who is the lead author of the AAP guidelines.
Less talking, poorer language development
Studies cited in the guidelines say that parents interact less with children when the television is on, and a young child at play will glance at the TV - if it is on, even in the background - three times per minute.
"When the TV is on the parent is talking less," Brown said. "There is some scientific evidence that shows that the less talk time a child has, the poorer their language development is."
About 50 of the cited studies have been done in the past decade on media viewing by tots, but none have followed heavy television watchers into later childhood or adulthood, so any long-term effects are not known. Heavy media use is defined as a household in which the television is on all or most of the time.
Play is more important
Also, the AAP guidelines point out that research to date suggests a "correlation between television viewing and developmental problems, but they cannot show causality."
Even so-called educational videos are not benefiting kids under two because they are too young to be able to understand the images on the screen, said the AAP.
"The educational merit of media for children younger than two years remains unproven despite the fact that three quarters of the top-selling infant videos make explicit or implicit educational claims," it said.
Pediatricians are therefore discouraging any screen viewing for infants, and urging parents to limit media viewing to under two hours per day for children two and over.
"Unstructured playtime is more valuable for the developing brain than any electronic media exposure," the AAP guidelines said.
What do you think?