Increasing motivation:putting the fun into therapy! 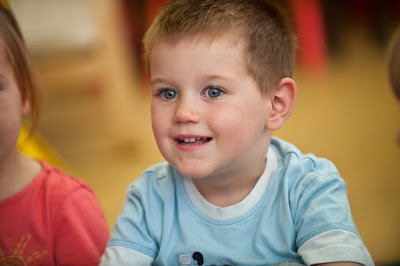 
I recently started working in the school setting with elementary students and although it has been a lot of fun, there has not been a whole lot of therapy happening. The majority of my minimal 30 minutes is spent convincing my students as to why they should participate in therapy. As I searched for different ways to motivate my students and tried different techniques and approaches nothing was working. Therapy was still not as effective as it could be. What was it that I was doing differently in graduate school that I was not doing in my professional, everyday experience that was hindering me from motivating my students?
It was during the holiday season that I was out shopping for friends and family when I stumbled upon the toys/game section and it suddenly occurred to me! I was missing the “game turn”! Even though I had been using the games that were available via the school district, those games were not on the same level as these new games were! These games were colorful, interactive and fun! These were the games that children see on television and beg their parents to buy for them! So I bought about ten games, all on sale by the way, and I went back into therapy with my new tools!
I can honestly say therapy has completely changed! The kids come into therapy and there is no need to “prep” them for what is about to happen. They sit and they know, when they see the game, that if they take their speech turn they will get the game turn!
Now I have to say, that I was using games before but it was the look and nature of these new games that really motivates the kids. They come in saying, “Oh, I saw that on T.V.” as opposed to the games that I was previously using, which were not as exciting. It is as simple as the “old Candyland board” vs. the “new Candyland board”. And  I can happily report that my therapy sessions are now effective and time efficient!
Tina Babajanians
--
www.losangelesvoicetherapy.com | Voice Therapy & Accent Modification

All Services Available via Skype Upon Request
Posted by Libby Hill at 07:26