By DAILY MAIL REPORTER
TV should be banned for toddlers and severely rationed for other youngsters to protect their health and family life, a leading psychologist will tell MEPs today.
Dr Aric Sigman claims that millions of children spending hours slumped in front of TVs and computers is 'the greatest unacknowledged health scandal of our time'.
He says it is linked to ills ranging from obesity and heart disease to poor grades and lack of empathy. 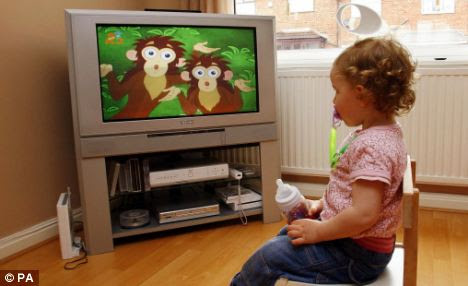 Ban: Toddlers should not be allowed to watch TV, according to expert Aric Sigman, and viewing should be limited for older children as well to protect their health
Some British children spend as much as seven-and-a-half hours a day in front of a screen  -  the equivalent of a full year of 24-hour days by the age of seven.
Dr Sigman, an Associate Fellow of the British Psychological Society, believes that the youngest children, whose brains are undergoing massive development, should not watch any TV at all.
From the ages of three to 12, boys and girls should be limited to an hour a day, rising to an hour and a half for teenagers. 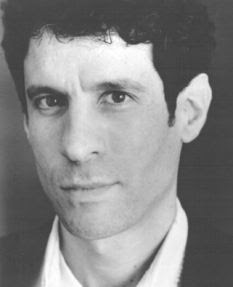 Expert: Dr Aric Sigman believes too much TV results in health problems such as heart disease and mental issues such as a lack of empathy
The psychologist will tell an EU parliamentary working group on the 'quality of childhood' that TVs and computers should be kept out of bedrooms until a child is 15.
'Governments throughout Europe regularly advise their citizens on the most intimate health matters: from daily grams of salt intake and units of alcohol to number of sexual partners,' he will say.
'Yet when it comes to children's main waking activity, politicians are mysteriously lost for words.
'Irrespective of what our children are watching or doing on the screen, a clear relationship is emerging between daily hours of screen time and negative medical, psychological, behavioural and educational consequences.
'The more hours per day, the more likely the risk of these negative consequences and the greater their intensity.
'Most of the damage linked to screen viewing seems to occur beyond exposure of one-and-a-half hours per day, irrespective of the quality of the content. Yet the average child is exposed to three to five times this amount.'
Dr Sigman's work and studies by other researchers around the world link TV and computer time with problems including obesity, high cholesterol and blood pressure, inattentiveness, declines in maths and reading, sleep disorders and autism.
A recent US study found that many youngsters are so engrossed in surfing the internet, playing computer games and watching TV, that they don't even notice when their father comes home from work.
France banned TV programmes aimed at under-threes two years ago.
Read more: http://www.dailymail.co.uk/health/article-1307550/Ban-TV-protect-childs-health-psychologist-urges-European-politicians.html#ixzz0yCzayhNH