Can your child HEAR speech sounds? 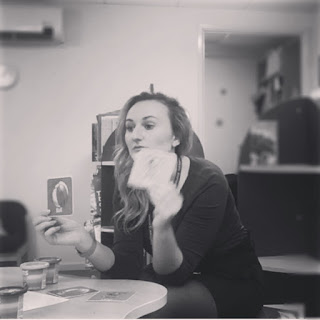 Why can’t my child hear the sound?
This is a question I am asked a lot. Sometimes it may be due to a hearing problem such as glue ear (Otitis media) either in the past or presently – this is why we always recommend a hearing check. A hearing problem will mean that the child is perceiving the sound differently to us and therefore cannot make the distinction.
However, there are many children who have perfect hearing but cannot make the distinction, unfortunately there is not a clear answer but it maybe that when they were developing their early speech skills they made an ‘error’ and stored the sound incorrectly.

Sound perception research
Newborn babies can perceive all the speech sounds of the entire world’s languages (about 600 consonants and 200 vowels!!). At about 6 months of age, they start to lose the ability distinguish between many sounds that are not used in their language. So, for example, a child who mainly hears English loses the ability to tell the difference between different types of ‘t’ sound (e.g., a dental /t/ and a retroflex /t/), whereas a child exposed to Urdu would retain this ability.
This phenomenon has been called perceptual narrowing or perceptual reorganisation (Werker et. Al. 2012).

Ideas to support the distinction of sounds
·         Can they tell you which sound you are saying from a choice of 2 or 3?  Younger children often enjoy relating speech sounds to pictures or actions rather than letters, e.g. Using the Jolly Phonics pictures and saying “s” when you see the snake.
·         Ask the child to clap, bang a drum or press a buzzer when they hear a specific sound e.g. “we are going to listen for ssssss, hit the drum when you hear sssss” proceed to say a sequence of speech sounds including the target. E.g. ‘t, sh, s, m, k’.
o   If they don’t hear it repeat and say ‘I heard sss, we need to hit the drum!’
o   You can provide them with a picture card so the child can remember what sound they are listening for.
·         Expose the child to the sound as much as possible!

Remember!
In these games you are focusing on the sounds, not the letters e.g. kite and carrot begin with the same sound even though they are different letters.