Is it just delayed talking or is it more? 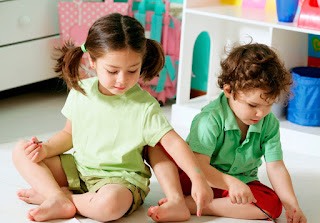 As speech and language therapists we need to look at a toddler who isn't talking to determine whether we think it is delayed or disordered language or whether we need to refer on for further assessment. Remember, it doesn't have to be ASD, as there are so many more children with speech, language and communication difficulties than children with ASD.

www.private-speech-therapy.co.uk     To book an appointment at our clinic click here
Posted by Libby Hill at 10:00