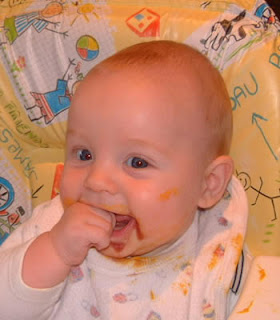 ·       Making a choice of snack and drink which is really important.

·       Taking part in one of the best communication opportunities of the day. Notice how they only give me a little bit so I have to ask for more. The word ‘more’ is a good word to build from 1 to 2 words together.

·       Working in my expressive language skills: they expect me to request in the best way I can and they push me to do a little more when they know I am able

Working on language and communication skills is best done in real everyday situations. We need to make sure we are giving a reason to communicate, an opportunity and a means. The means can be pointing first then answering a forced alternative e.g. do you want water or juice? Put the one you think he wants last to begin with so he can copy easily at first.  One of the biggest causes of language delay today is that we don't expect enough of our children and we give them what they want without making them work for it. We take away the opportunities and reasons to communicate so their means of communicating doesn't need to progress.

Hanen have a great term called 'owling' and we all need to do  more of this:

Take a step back and see every day activities as opportunities for communication...

So don't just provide food and drink, use snack or mealtime to help your child's language skills!

We can show you how if you come to one of our sessions www.smarttalkers.org.uk

You think we're just having a story... but we're doing lots more 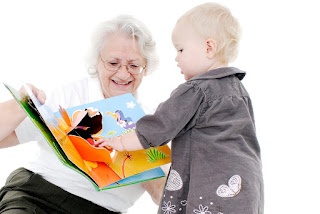 Last week I covered some Chatter Tots sessions where I had to read a story to the group. It's always quite hard to engage a large group but doubly difficult when some parents just chat to each other at the same time. I tried the usual tricks to engage theses parents but I didn't want to pause the story as several were really engrossed. I waited until the end then  I casually mentioned to the parents that the story was actually a significant part of the group and it would be great if next time they could encourage the  toddlers to be a part of the session. They were apologetic but said they had no idea that  was a useful part and actually thought I was killing time!!!!!!

I've said it before and I will say again, this is why a story is important:

General points
1. Babies: There’s no such thing as too early. It’s good to start showing babies pictures and talking about them as soon as they focus her eyes on the pattern on a jumper or the change-mat. It’s part of parent –child interaction. Sue Gerhardt, discusses the major adverse implications on the developing brain if not there is not this type of quality interaction, (‘Why love matters’, 2004) *

4. School-Aged: Once children are used to being read to, they will never be bored if somebody will read, and since there are bound to be times when nobody will read and they are bored, they'll have the best possible reason to learn to read themselves.

All the research agrees that reading to themselves isn't a signal to stop reading to them though, even when the child starts to read stories to himself for pleasure.

Specific
1. Bonding
Maybe the most important benefit a parent and child have from reading together is a bond which naturally develops as they spend time together. They are connecting with the baby while the baby is doing the things she likes best; being with you and hearing your voice speaking to her. ‘The book isn’t as important as the moment and........ it could even be a comic,’ Lesley Smith, Early Years Practitioner.

2. Attention/listening:
Attention skills are extremely important and need to be learnt to be successful in school. Attention and listening are the main skills in decline in the 21st century. A recent survey of 100 primary schools hi-lighted this (Libby Hill, 2010). By sharing a story book early on, it is helping to develop both attention span and listening.

4. Communication
Many of the components of communication are developed whilst sharing a book: turn-taking, listening, shared attention and speaker/listener roles are identified

5. Language
Hearing the adult use different intonation patterns and the full range of phonology of the language they’re speaking helps develop the child’s own speech and language.

a) Vocabulary: linking the names of words to the pictures helps vocabulary development. It’s often easier to find pictures than real objects to show the child. In any event, the pictures supplement the child’s semantic links to aid the acquisition of new vocabulary.

b) Reasoning: Following a character's actions in a story helps develop problem solving skills. Children are just learning about the world they live in. They are beginning to learn that their actions have consequences. Story book characters can help test these sometimes confusing issues without the pain of going through it themselves. The next time a child is confronted by a situation he has encountered in a story that has been read to him, he will know he has options.


6. Intelligence/Imagination
Getting children absorbed in books helps stimulate imagination which has been proved to advance their thinking power. They learn to pretend and put themselves in the story which often promotes a higher level of thinking. Children who are read to at an early age find it easier to express themselves and their feelings, making them more confident as they grow up (Professor James Law, City University, own conference notes 2009).

7. Emotional development
Children’s emotions can be validated through story reading. Sharing stories about characters who have the same emotions, especially negative ones, lets the child know that the feelings are normal. Children can learn from the reactions of the characters in the story (Susan Anderson, ‘The invaluable importance of reading to your child’).

8. Good habits
Children will pass on the love of reading to their children if they have been read to. Children live what they learn. They will be more likely to share reading with their own children.

9. Introducing difficult topics
Sharing stores about controversial topics is a good way to introduce discussion. Topics from sex education to drug issues can be difficult to discuss without a book as springboard.

10. Helping to handle stress
Life can be tough for a child in the 21st century. Books provide escapism as well as a source of comfort.

You think we're just singing but we're doing so much more 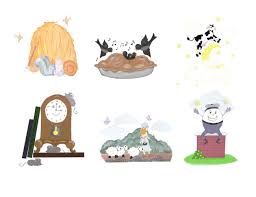 It was lovely to see so many families at the Songs and stories session last week at Stafford Children's Centre when I covered for Nikki. One family had even travelled from Cannock because they know the benefits of the class. Someone else commented they weren't coming because 'it was just singing and reading'.


We mostly use nursery rhymes  which are important for many reasons:

1. Most importantly (to me as a speech and language therapist) is that they help develop spoken language skills. They are a  powerful tool in the repertoire of language developers. They show the child the rhythm and flow of language, help connect words to actions and help a child to understand and remember words. They also help attention and listening. A room full of noisy babies will still and quieten when I start singing (No, that's not my awful voice!!) and to add action keeps their attention for longer.

2. Bonding: Singing together helps language development but also interaction between parent and child or carer and child.

3. A Swedish study published in the journal Integrative Physiological and Behavioural Science suggested that singing, not only increases oxygen levels in the blood but triggers the release of “happy” hormones such as oxytocin, which is thought to help lower stress levels and blood pressure. As other studies show the increased levels of  both parental and child stress levels in the 21st century, this must surely help.

4. They can be used in conjunction with other communication enhancers e.g. choice making. The ability to be able to make choices is fundamental to human communication. Choosing which song to sing from a variety of props or choosing the next behaviour for action rhymes such as  'if you are happy and you know it'. These are non-verbal behaviours so do not require a verbal response.

5. Increases confidence. Even if they haven't got the necessary expressive skills to join in verbally, they can take part with the actions.

6. There is overwhelming evidence that early learning of nursery rhymes and rhythmic poems, songs, and chants significantly enhances early reading skills and phonemic awareness.  In fact research highlights phonemic awareness as a strong predictor of a child's reading success. It helps them:
so its helping them with pre-reading skills!

www.smarttalkers.org.uk
Posted by Libby Hill at 12:42 No comments:

Are you an NQP thinking of independent practice?

So you have finished or, are near to finishing your Speech and Language therapy (SLT) degree! Finally, all that hard work on placement, and tears and sweat for your final year project is over. Then, if like me back in September, reality hits; it’s time to find a job. Which for many, not just SLT’s is a daunting prospect at this time.

Now, we have all been advised that ideally recently qualified practitioners shouldn’t work in independent practice or independent organisations, etc. However, although working in independent practice may not be ideal; especially as many positions may not offer the appropriate support we need. I think we need to be inventive, and proactive. For me that does not mean working on a long term voluntary basis or, as a Teaching Assistant. After all, that is not we have trained for. So I took the approach of ‘getting out there’, and approaching SLT’s in independent practice for voluntary/ paid work. I am so pleased I did, I am now working for a fantastic company doing the job I love. I am also very lucky as I work with a lovely team; and a fantastic supervisor.

I am aware that there are other newly qualified SLT’s out there that, like me have taken ‘the plunge’ into independent practice. This is not only daunting, but can also be quite a ‘lonely’ way of working; as you don’t always have regular opportunities to discuss ideas with others; or share recent publications and resources etc. With this in mind, I have set up a Facebook page for Newly Qualified SLT’s working in Independent Practice. This is only in its early stages with only a few members, it’s a informal group where you can discuss your concerns or ideas, or share any reading materials or resources. So if you are interested in joining us, please comment below. I am open to any ideas on how to take this group forward.

You think it's just bubbles.....but it's actually a fantastic tool for developing a child's language

In our Smart Talkers Pre-School Communication groups we use bubbles for several reasons to: