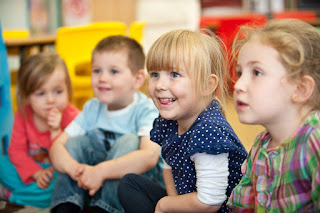 This week will mark National Storytelling Week. It’s the twelfth such annual event run by the Society for Storytelling. And it’s storytelling, note, not story reading which will be happening at events in schools, libraries, theatres, cafés and other public spaces all week.  There are festivals and celebrations every day until and including 4 February. The impressive list of events is on the Society for Storytelling’s website.
We use stories every week in the all the Smart Talkers Pre-School groups to create discussion, help reasoning, work on attention and  and many other reasons.
In the Small Talker sessions we also introduce work on narrative with the magic jigsaw from Languageland and the Nursery Narrative Pack, both from Black Sheep Press. This is something that many, many children struggle with. We look at when the story happened, who was in it, where was it, what happened and what happened in the end.
We'd like to know what your favourite is....... please let us know!

Do you wish you knew more about how to help your child's language and communication?


Lets talk with Under 5's is an accredited course delivered over six two-hour workshops with an optional seventh which explores phonology.

Who is the course for?

This course is relevant to all parents of pre-school children, carers (including child minders) and pre-school practitioners wanting some key skills and knowledge. Completion of this course can lead to exploring the issues involved in more depth by attending our Speech and Language Support for Under 5's ten week course.

What do participants receive?

The sessions are very practical, there are opportunities to:
There is a  course running in the Uttoxeter, Stafford and Lichfield areas very soon. To register your interest email info@smalltalk-ltd.co.uk


Annette Karmiloff-Smith  said on Radio 4 yesterday that babies learn from  TV more than books. Now, may be this just a  lady who is looking for some attention, working on the old premise that any publicity is good publicity BUT this is such an important topic and one which will keep cropping up over and over.

Let's set the record straight: Babies can't learn to communicate from TV, they need the stimulation of their parents speech and to be held too for bonding and attachment. Sharing a book, therefore,  is an excellent opportunity for interaction. May be Ms Karmiloff-Smith thinks we're talking about actually reading the book. I'm talking about using the book in the interaction.

There have been many, many research studies on the influence that sharing a book has on their educational growth, and in almost all of the studies done, reading to children as early as four months of age has been ‘proven not only as a good parent-child bonding, but as giving the child a good educational start in life’ (Maria-Helen Goyetche, owner of Early Childhood Education, 2009).  :

1. Babies: There’s no such thing as too early. It’s good to start showing babies pictures and talking about them as soon as they focus her eyes on the pattern on a jumper or the change-mat. It’s part of parent –child interaction. Sue Gerhardt, discusses the major adverse implications on the developing brain if there is not this type of quality interaction, (‘Why love matters’, 2004)

I've written more on this several times now (http://www.smarttalkersblog.com/2010/06/reading-is-important-too.html ) so I won't go on but please don't  let that ludicrous headline from yesterday put you off reading with your little one!

My Dad told me, at quite a young age, that the more staff you have, the more hassles you get. So I'm really lucky with the ladies I have on my team.  There are many reasons why I love working with each of them: Georgina, Helen, the 2 Deborahs, Franky, Kirsty, Alison, Dee, Tasha, Nikki and Nicky. I am grateful to each for helping me do what I do.

Nicky and I have worked together for some years now and is everything I look for: consistently reliable, conscientious, great with children, professional with families and always makes sure the paperwork is in on time. She makes my job easy. I observed one of her sessions last week as she was concerned about a child. The group was well planned, well run and she showed a great rapport with the children.

I was delighted, therefore, this morning to see that her group at the Willows Children's Centre in Lichfield has been nominated as best local group for under 5s in the 'whats on 4 little ones' national competition.

I haven't told her yet so you know before her!

Thank you so much!

www.smarttalkers.org.uk
Posted by Libby Hill at 12:38 No comments:

Communication break down in a big way! 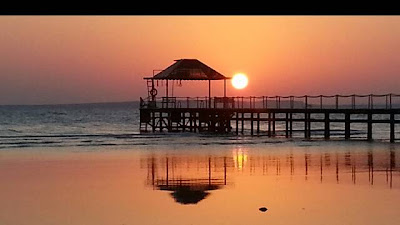 I have just spent a fabulous week in Sharm el Sheikh, Egypt. The weather was hot, sunny and a major change from the cold, wet drizzle from which I had escaped. It was relaxing, refreshing and a world away from work.... except in a way it wasn't really, as there was communication break down to a major degree.

There are around 5,000 Russians who arrive weekly into the area. At present there are no Germans, Belgians or Scandinavians because they are advised against travel to Egypt given the current domestic difficulties. There are some Polish, some Italians and some British. The resort staff speak english, french, german, italian and spanish but hardly any know any Russian. They aren't really keen to go to to the trouble of learning as the Russians behave as if the staff are something scraped off the bottom of their shoes. The Russians, however don't ordinarily speak any English or any other language but their own.The result is similar to what I see on a daily basis: Communication breakdown leading to frustration, infuriation and temper tantrums. The difference is that the one throwing the tantrum is an 17 stone, twenty something not a pre-schooler.

It was almost funny to see how they tried to get around the problem. They tried raising their voices, then moved on to shouting then stamping fists on tables. The worst was in the Italian a  la carte restaurant where the menu was a mix of Italian and English. The poor waiter was flustered, upset and completely overwhelmed, the Russian couple angry, disappointed and so very frustrated.

The same strategies we use with the children would have worked brilliantly: lots of gesture and visual clues. The 4 s's if there's limited vocabulary knowledge:
1. Go slow
2. Show
3. Say less
4. Stress (the important words)

Pictures and symbols would have solved the issue where no spoken vocabulary is known and if everyone could sign, well..... imagine how fantastic that would be!

I've been looking at the facts and figures to inform my presentation for the next round of the tender process and I wanted to share these with you:

Why is there a need for early intervention?

How big is the problem?

There are 2 types of problem:


"The ability to communicate is central to all that we do, to who we are, how we learn and how we relate to others“ (Ross, Leeds Metropolitan University, 2007)

Why look at before school? 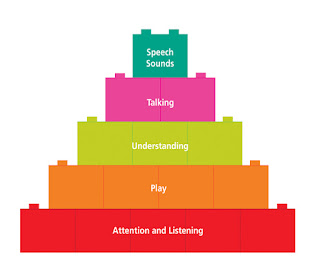 We also work with parents


So, if you are reading this Commissioners, you know what to do.....