End of an era: Small Talkers on their way! 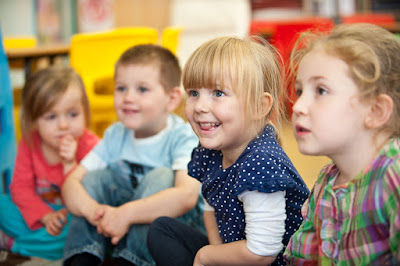 It was with some sadness but a real feeling of satisfaction, that we said goodbye to our Small Talkers from the Smart Talkers Pre-School Communication groups. These are the children who have been attending our classes and are now on their way to school. It's been fantastic to work with these children and we have had some real successes. I thought I might share a small selection of some of the children's stories with you:

P
P came from another nursery which he had been asked to leave because of his poor behaviour. He came to the group with very poor attention and listening skills. He had no idea of turn-taking and talked over both staff and children. Consequently his receptive language was poor as he could not listen. He had developed diversion tactics to hide this. Now he is able to sit and attend in the group for the entire session. He knows exactly when it is his turn and is able to carry out all the activities. He can carry out tasks with 3 information carrying words so still has a little way to go (need 4 in correct sequence for school) but is doing very well. He enjoys the praise that comes with success and seeks this now rather than the attention associated with his poor behaviour. He needs work on verbal reasoning as he is very literal and narrative.
E
E had very little self confidence so that her performance at nursery was affected. Her understanding and expressive skills were poor because of this. We have worked on her confidence and have built this up; she can now put up her hand to answer most questions. We still need to make sure she has the correct set up i.e. she hates to go first and will then often clam up.
A
A had a marked processing delay which affected all his communication i.e. if you asked him a question, he would take a few seconds to take in what you had asked him before answering. He was also very easily disturbed so that he would withdraw and not give anything. It was often not apparent what was bothering him. He has made great progress so that he can answer most concrete her and now questions. He still has immature speech sounds.
W
W’s parents and older sister were babying her so that she got everything she wanted without the need to talk. We’ve looked at reasons, means and opportunities and demonstrated in the group how to simply implement these. She was just using eye-pointing as a means of communication whereas now she is talking in sentences now and is very vocal!
P
P had no expressive language. He used a system of grunts to get what he wanted. At first it looked as if it was just a lack of parental technique bur as he has made progress it is becoming apparent that there is probably more to the problem. If we hadn’t had the group this would not have been evident for much longer. We were able to alert the multi-disciplinary team. He has now seen the paediatrician and will have some assessment sessions. 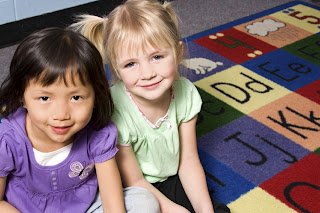 We've had some great feedback from the parents and carers.... and we've had great fun!