We've had a great year this year and I can't believe it has gone by so fast. I thought I'd re-cap some of our achievements this year. We:


There's more that I cant recall right now and still things we didn't do that we wanted to but I'm proud of our achievements and I'm looking forwards to developing and extending next year. So here's to a fabulous 2011 for us all!!
Merry Christmas and a Happy New Year from Libby, Franky, Helen, Nicky, Sumathi, Dee, Amy, Vanessa, Jennie and of course, Jack!! xx 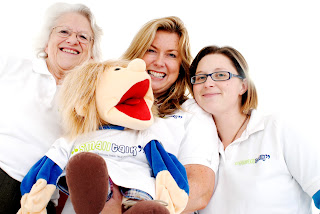