I know I'm rapidly approaching 50, so I probably qualify for the role of grumpy old woman but what I saw today made me not only angry but very sad. I'd taken a  break from work to have my nails done in Rugeley.  It's a small market town which is suffering more than its fair share of the recession. There is a wealth of charity shops and many boarded up pubs but the level of socio-economic well being in general is much the same as elsewhere. They had the door open because it was warm, so for an hour and a half while I was sitting in the chair 'being done', I could hear the general hum of human activity as families, teenagers and a good sample of the general population passed by on their way to the market hall or the bus station on a warm summer afternoon. Sounds peaceful, a slice of England going about its business?
NO!! It might have been a sample of society on a summer afternoon but  what I heard was most upsetting and made the whole session quite stressful. At least 3 children crying and being screamed at from a very close proximity to either 'Shut up', or 'Shut the f@&k up' in one instance to a little boy who couldn't have been more than 18 months old. One 2 year old got a smacked bottom because he dropped his dummy (yes dummy, why on earth they need dummies at that age in the middle of the afternoon!). There was a loud, heated argument between a couple in front of their bemused 3 year old with too many swear words to mention and a teenaged mum with a cigarette hanging precariously over her newborn. I could go on but I won't. WHAT IS HAPPENING TO SOCIETY? Are we so stressed, caught up in our own world of problems that we have forgotten how precious and in need of nurturing our children are.


We have a national crisis where parents are not adequately interacting with babies and children which leads to social interaction difficulties, language  and communication problems. At least 40,000 children will have started school this week without the necessary levels of spoken language ability to access the curriculum. These are NOT children with speech, language or communication disorders which they have through no-one's fault, these are victims of what is, in reality, negligence. Had they had better parenting they'd be fine. I am not condemning just families with low income, as some of my most language deprived children who I see come from very affluent families. Conversely, some people I know are struggling on very low income but are fantastic parents.


We must keep trying to spread the word about good practise but its going to take a long time. I was discussing social change with a  friend, we were discussing the fact that everyone wears a seatbelt now and we all know that we shouldn't drop litter. These were two very powerful social messages that various governments managed to sustain. We need one now, about something I think is more important than both of those put together:how we should be talking to our children, valuing them, listening to them and showing them a good example. 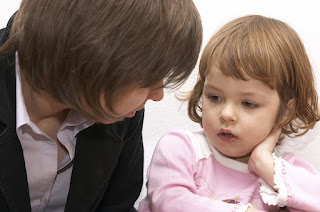 The Smart Talkers groups were devised because of this decline see www.smarttalkers.org