Exploring the link between language problems and behaviour 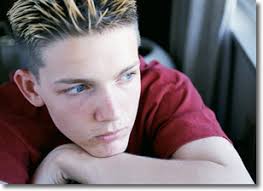 A summary of the link between language problems and emotional and behavioural difficulties (EBD) reported on by the Centre for Integrated Healthcare Research, has shown:

I carried out a study in 2005 which showed a definite link between auditory memory difficulties and behaviour problems. It's not just a case of 'not understanding', a language problem affects all aspects of a child's life.

Just recently I was asked to see a 15year old boy with a terrible history of violence. He was in residential care but had committed a string of offences. When I assessed him it became apparent that he had such poor language skills that he didn't really understand most of what was being said to him. He was constantly seeking a familiar response and had worked out that if you punch someone the response is always consistent! He understood the outcome of that exchange! He was bright and chatty on the surface which disguised his difficulties. He had a set of well rehearsed stories to impress the listener on a superficial level (some of which I recognised as scenes from films). Yet his auditory memory was just 2 items which means that he can follow only sentences with 2 pieces of information (like a typical 2 year old!).


There's definitely a proven link which is why all children with behaviour difficulties could do with a speech, language and communication assessment by a suitably experienced Therapist. There will be more about the role of SLT in young offenders in a later blog post.